Time to learn the housebuilding lessons from the last three recessions

Time to learn the housebuilding lessons from the last three recessionsHelix LimitedAugust 4, 2020August 11, 2020

Some of us are now experiencing our third economic cycle, maybe fourth. I don’t know how severely the peaks and troughs are felt in other sectors by comparison, but the ‘boom and bust’ oscillation across building has often been harshly felt and has had a material impact on housing policy, output, delivery, quality and jobs. What are the lessons from the experience of previous recessions that I have been through?

I remember being an economic casualty part-way through my training in 1991. The regional contractor where I started my career decided that it would no longer participate in the cut-throat tender market that resulted from cuts in private and public sector capital projects. It was an SME housing contractor that offered me a lifeline and sponsored the completion of my training – similar to Helix’s recent commitment to a colleague discussed in our article entitled, ‘Developing expertise during difficult times’.

Government policy in the early 1980s was aimed at making changes in housing policy and resulted in nearly 40% of total net savings in public spending. Sadly, the subsequent decline in local authority housebuilding over the next decade led to my SMEs employer’s failure, but they were prepared to give me a go when I most needed it.

There followed common post-recession themes in building with price-driven procurement leading to adversarial practice and poor quality. In 1994, The Latham Report was commissioned by the UK government to tackle these controversial issues in construction, closely followed by the Egan Report. Partnering emerged as the pre-eminent method of client/builder collaboration for the next 10-plus years, perhaps conveniently propped-up by a period of sustained annual economic growth of between 2.3%-3.8%.

When partnering in housebuilding was delivered robustly, it embraced modern methods of construction (Housing Corporation Demonstration Projects), clarity in project management roles and transparent commercial practices that narrowed the ‘winners and losers’ wedge that was driven in by adversarial practices. However, complacent (or lazy) partnering could lead to bad controls and bad buildings.

Leap forward to 2006, and The Code for Sustainable Homes was launched to help reduce UK carbon emissions. It became mandatory in 2008 through Home Information Packs and a sustainability certificate with the objective that, by 2016, all homes would be zero-carbon. Then the global financial crisis struck and, under pressure from the national housebuilders, this requirement on sustainability was suspended on grounds of hampering development viability. 18 months into the government austerity programme of lower public spending that followed the global downturn, our industry lost over 12% of its workforce, with subsequent knock-on impact on all aspects of housing delivery.

Housebuilding can re-boot the economy

These examples, over the last three recessions do resonate in the present. We are in the midst of a steep economic downturn; for how long is in the hands of a second COVID-19 ‘wave risk’. But a clear lesson from previous experiences is that sustained housebuilding at scale remains a bedrock to meeting housing need as well as re-booting the economy, jobs, health and communities. It is not fuelled by one discrete factor, but a set of well-integrated measures that don’t get dropped because it doesn’t suit segments of our sector at a point in time.

Supporting SME with sustained public funding, fair procurement, robust delivery methods, use of MMC, low-carbon buildings and investment in construction skills should not be placed in a league table, but instead unanimously supported across both private and public sectors. This recent blog by my colleague Nic Davies (also published in Inside Housing) sets the scene well.

It would be encouraging to see industry bodies, government and business leaders come together and sign up to a set of common commitments to these, and I’m sure other, relevant interventions. I know it is easy to make these statements and practical reality is much harder, but it is a start. The lessons are there to be learned from previous recessions, so let’s learn them.

Charlie Scherer MCIOB is a Non-Executive Director at Helix 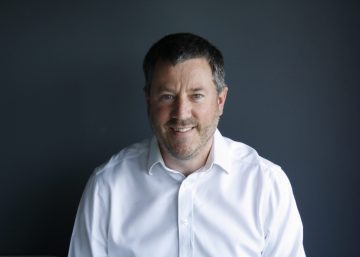 Construction firm, Helix, has appointed a new Head of Design to lead its design team... 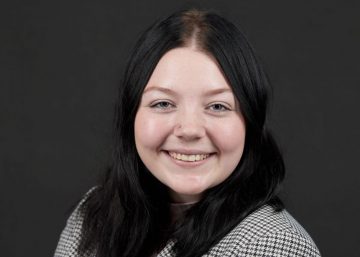 A Business Administration Apprentice at a local construction firm has celebrated passing her apprenticeship end-point... 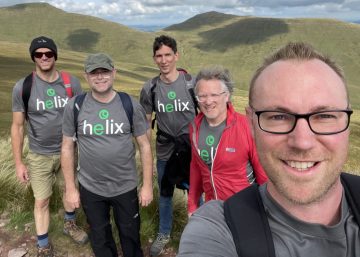 Later this month, a 20-strong team will take on the highest peak in Wales to...